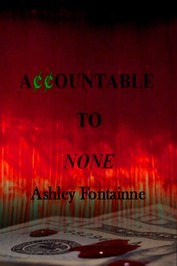 Earlier this week I talked with Ashley Fontainne about her books, Accountable to None and Zero Balance. Today, I decided to take a closer look at her books here at Around the Town Books.


The Eviscerating the Snake series is set inside a large, fictional accounting firm in Phoenix, Arizona. The first book, Accountable to None, is about Audra Tanner. Audra was a brilliant CPA that for years worked the grueling hours her job demanded as she made her way from lowly grunt auditor to a minority partner at the firm. One night she met with a managing partner, Olin Kemper, to discuss a promotion but learns she has to give something to get something in return. She doesn't want to and it leads to her violent beating and rape.

Five years later, Audra sets out to take down Olin, and all those in power at the firm who knew about Olin's plans to coerce her that night and looked the other way. Now head of the IT department and a self-taught hacker, Audra digs in and takes the opportunity to exact revenge on all those responsible for her pain. 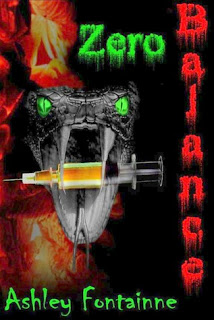 Without getting into spoilers, in the sequel, Zero Balance, Audra gets a starker lesson in reality than she hoped for. She learns she only wounded the snake, and that the snake is out for vengeance of its own.

I'll leave it to your imagination, and reading of the book, to determine whether the snake is metaphorical or physical. I will tell you that bent, but not broken, Audra may learn to dance in the the hurricane raging around her.

Sound interesting? Want to watch Audra make a few debits and credits to balance the ledger? Then check out Accountable to None and Zero Balance.

Learn more about Ashley Fontainne at her blog. Ashley's also on Facebook and Twitter.
Posted by Robert Stanek at 10:26 AM