Normally, I post about a particular author and his or her books. Today, I decided to mix it up a little and feature three great reads. 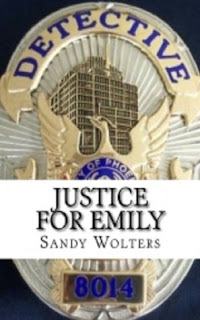 Justice For Emily
by Sandy Wolters

The Paranormal Romance Guild nominated Justice For Emily as one of 2011's best reads.

Rachael Merchant is on a cross country trip running from the tragic images of her last case that are embedded deep in her soul. She is a City of Phoenix Homicide Detective that is trying to deal with the freak show her life has become.

Three days ago, she was sitting in a hospital room with a man that had just murdered his three small children because he was angry his wife had left him. After making the arrest, she let the perpetrator know that when he got out of prison she was coming after him. He would not be able to hide from her. She left the hospital, went back to work and quit on the spot.

After a great deal of persuading, her captain convinced her that an indefinite leave of absence was in order instead of quitting. She went home, packed her bags and jumped in the car. With no destination in mind, she just drove.

Rachael found herself on the side of the road, unsure of where she was and on the phone with her partner. All she wanted to do was run as fast and as far as she could from the image of those three small babies with bullets in their bodies.

Officer Patrick Sheehan pulls in front of Rachael while she is bent over the hood of her car looking at a map. He overhears the conversation between Rachael and her partner and thanks fate for dropping a homicide detective right in his lap. His good friend, Emily, was murdered just days ago and Patrick knows who killed her, her husband and his boss, the Chief of Police of Brownwood, Texas.

Boyd Campbell has taken extreme measures to cover up his wife's murder but Patrick is going to do everything in his power to put this monster away. He doesn't care what he has to do or say to get this cop to stay and work this case. He needs her help and she is just going to have to deal with it. She could just blame fate for bringing her here when he needed her expertise. After all, the only important thing at the moment is getting Justice For Emily. 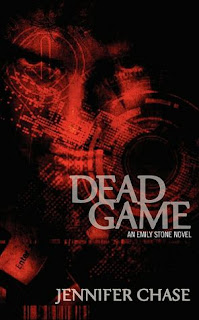 In her independent efforts to catch child killers, Emily Stone discovers the evidence that the cops can’t — or won’t — uncover. Now, this covert investigator is back on the hunt for the world’s most sick and twisted murderers. But even with help from ex-police detective Rick Lopez, this time she’s facing her most dangerous opponent yet.

The headlines in the San Jose Mercury News blare updates on a serial killer who seems able to slaughter with impunity. Men, women — it doesn’t matter; the victims serve only to satisfy a perverted need to kill. The killer watches the moment of death on multiple computer screens, over and over again. The only connection is that they’re all devotees of the latest video-game craze — a sophisticated brain-puzzler called EagleEye.

When the killer goes after Lopez’s law-enforcement mentor, Lopez and Stone decide to give the cops a little extra, unsolicited help. What follows takes them deep inside a shocking high-tech world, a kind of social-networking community for serial killers. But when they start getting too close to the truth, all hell’s going to break loose.

Now, Stone and Lopez become the killer’s next target as Stone must make a difficult decision to leave the ones she loves in an all-or-nothing effort for survival. Can they stay alive long enough to blow the whistle on this unlikely perpetrator?


She Belongs To Me
by Carmen DeSousa 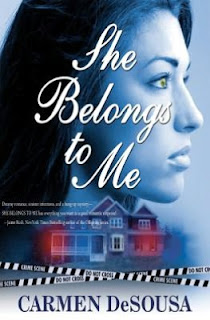 When wealthy construction company owner and Charlotte detective, Jordan Monroe, meets Jaynee for the first time he is awestruck and determines to make her his wife. Jaynee, however, has a history she cannot easily overcome and is fearful to submit to love. Jordan succeeds in making her his wife, but five years into their marriage he realizes she is keeping secrets. Before he can decipher her duplicity, he discovers her unconscious in their home from a gunshot wound only hours after giving her an ultimatum concerning their relationship.

With Jaynee’s life hanging in the balance, the mystery of her past drives Jordan to investigate. But what appears to be an attempted suicide turns out to be something far darker. Is someone from her past stalking her? Or worse, is someone close to Jordan trying to kill them both? As Jordan edges closer to the truth, it may be deadlier than he could ever have imagined.

Posted by Robert Stanek at 5:55 PM 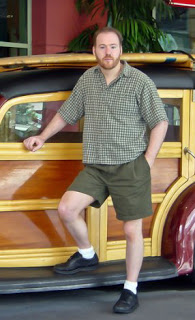